I’m going to be writing and performing a one-woman poetry show about Permission called ‘Asking Nicely’ at the Edinburgh Fringe. It’s about how, why, when and where we ask for permission. Please see my previous blog posts here and here if you’d like background.

Organising my thinking/themes for the Permission show

None of these are completely straightforward, though – and both have implicit and explicit variations, and underlying power dynamics. For example, I seem to find it easier to ask someone if I can ask them to do something, instead of straight-up asking them to do it. Just now I asked my flatmate ‘Could I ask you to flick the light switch?’ instead of ‘Could you flick the light switch please?’. (English people, man. We are ridiculous.)

I started creating this show after some interesting responses to my poem ‘Permission’ – written about badass women, and I will be addressing these topics from a feminist, intersectional and sociological viewpoint as best I can. The original poem is here:
https://www.youtube.com/watch?v=8kpp0qR5To4 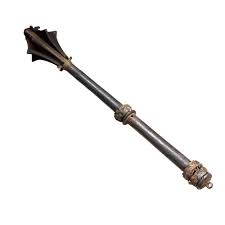 I’ve realised that permission is not so much a double-edged sword as maybe… oh, Christ, I don’t know, a mace. Some of the themes which branch off of permission are feeling like we do or don’t deserve things. I’m looking at the reasons we often don’t feel as confident as we should. I’m looking at gender politics. I’m interested in where confidence crosses over into entitlement, and where politeness switches to pleading. I’m looking at what people should ask permission for (consent and unwelcome touching have been huge issues in some of my talks with friends) and what we shouldn’t ask permission for, but still do (a lot of insecurity and anxiety about feeling worthy/good enough.) A lot of this is ingrained into society, and a lot of it is unconscious, so pulling out what and why and where has been a large part of the process.

A large strand of this thought has been the ways that women are sabotaged and made to feel unwelcome/unworthy in society. A large part of this has been the way women are taught to worry about what they look like above all else. This poem does an amazing job at pulling a lot of the issues out into the open (TW: eating disorders).

Another thing I’ve found fascinating is how objecting to sexist (or racist, or homophobic, or any other variety) bullshit is seen as unseemly – unfriendly. As if being pleasing to others is women’s primary goal and failing at that is more important than standing up for yourself. Every time I’ve been creeped on by some dude on a nightbus, my goal has not been telling the person to fuck off, but telling the person I’m not interested and saying so nicely. It’s not even a safety consideration for me: it’s just ingrained. And I hate that that’s part of my personality. Huge thanks to fellow poet Stephanie Dogfoot for pointing this poem out to me:

I’ve also had a few permission-based quotes floating around in my mind:

“No-one can make you feel inferior without your permission” – Eleanor Roosevelt.

When I first heard this, as a confident 17 year old, I loved it. But by then I’d come through the school bullying and out the other side to a find a large group of like-minded friends. If I’d heard that when I was at my most lonely and desperate and bullied: it would’ve felt a lot like victim-blaming.

“Our deepest fear is not that we are inadequate. Our deepest fear is that we are powerful beyond measure. It is our light, not our darkness that most frightens us.’ We ask ourselves, Who am I to be brilliant, gorgeous, talented, and fabulous? Actually, who are you not to be? You are a child of God. Your playing small does not serve the world. There is nothing enlightened about shrinking so that other people will not feel insecure around you. We are all meant to shine, as children do. We were born to make manifest the glory of God that is within us. It is not just in some of us; it is in everyone and as we let our own light shine, we unconsciously give others permission to do the same. As we are liberated from our own fear, our presence automatically liberates others.” – Marianne Williamson (quoted at Nelson Mandela’s inauguration)

I love this. I could take or leave the God stuff, but this quote is amazing. I have found others’ confidence gives me something to look up to – from idols to everyday. Patti Smith was a huge influence and boost to me as a wordly, unfeminine teenager. And there are countless women in my everyday life who give me confidence to do and aim for more and better. And I love that here Williamson basically says “you could be that boost to someone else. We all could.”

“People will kill you over time, and how they’ll kill you is with tiny, harmless phrases, like: ‘be realistic.’” — Dylan Moran

I find this especially interesting in terms of societal mindsets. (I know Dylan Moran is Irish, but I’m going to leave that to the side and talk about myself for a minute.) I was raised in the UK, with an American mother, so I’ve always had a bit of a mixed outlook. Looking back – a lot of the ways I didn’t fit in as a kid were my confidence- which other kids wanted to grind down in me because in the UK mindset confidence is often seen as bragging and arrogance.

Conversely, in the ‘States, the American Dream has had a huge impact on the mindset – it’s seen as admirable to dream big and go for the things you want in an unapologetic way. (Whether or not the American Dream is still a workable reality at this point is almost a side issue – the mindset prevails.) Meanwhile, in the UK, there are many more unwritten rules and – as Kate Fox said in her brilliant book Watching the English – a large part of the English mindset could be summarised as ‘come off it’ – calling people out on perceived arrogance is a bit of a national hobby.

“Although we give classes on the technical aspects of writing, one of the most important things we give is more basic. It’s permission. Permission, for example, for a student on the MA to say, “I’m sorry, I really can’t come out on Friday night – I have coursework.” Because however supportive of a partner’s or friend’s or relative’s ambition to become a writer people are, they often aren’t very good at granting them the necessary time. And, for most of us, it’s easier to say, “I have coursework” than “I’m writing a novel – it’ll take me about five years, and might not get published.”

We also give students permission to experiment, and encouragement to try things that they think might fail. Even quite late on in the course, when I’m advising students about what to write for their final dissertation, they will ask me, “Can I try this?” They know it’s what they should do, they just need permission to do it. If they didn’t have someone they respected (because that person is a tutor, because they’ve been published) to say this, they might never dare – and much of their best work wouldn’t happen.

Finally, we – the teaching staff – give students permission to believe they might become “real” writers. Because, by being in the room with them, week after week, we help demystify what “real” writers are. Too many people write badly because they write up to their idea of what “real” writing should be or what a “real” writer should write. They put on literary airs. If someone holds writers in too much esteem, they’ll never become one.” – Toby Litt speaking to the Guardian

People need permission – of the blessing kind – to do the things they love, especially when the things are not practical but ‘just’ passions. People also need to be assured that their imposter syndrome isn’t correct. People need to be given permission to be the person they want to be.

In this post admitting to ambition and fangirling I wrote about feeling like I needed someone else’s blessing/go-ahead to start taking my poetry seriously. I have received that permission in the form of other people assuming I must have a book out and a solo show and asking where they could buy/see them – so I started making them happen – but what if I’d never got that feedback? I’d still be perfectly entitled to try… but it doesn’t feel like that. It didn’t feel like I was allowed until people assumed for me. Because – even though I’d wanted those things to happen – I hadn’t felt like I was allowed until other people asked for them.

Research notes (things I’ve been reading/watching to swot up):

Well, this is quite the essay already – but here are some articles I’ve found very, very interesting:
Articles/Blog posts: